I selected Fadden via a random point at the Canberra map without looking. Fadden is the first Tuggeranong suburb (i.e. South of Canberra) that we have visited as part of this adventure - somewhere I rarely venture and had no idea what to expect.

Fadden is named after Sir Arthur "Artie" Fadden who was Prime Minister of Australia in 1941 - but for less than two months, so I am not sure why he gets a suburb.  Apparently Fadden joked that he was like the Flood, as he had "reigned for 40 days and 40 nights".

Still I suppose there were are still another three ex PMs that had shorter terms in office, and to be fair he was also the Treasurer for sometime (establishing the reserve bank) and leader of the Country party. Plus I believe if you add up the periods he was A/g PM for Menzies they make up 2+ years! 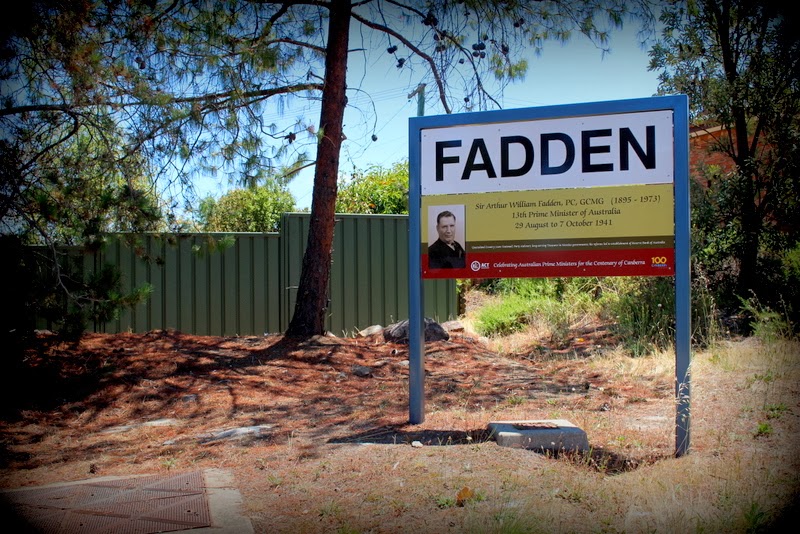 Fadden is certainly not a bustling metropolis. It is another suburb that has completely destroyed my conception of the key role of "local shops" in Canberra. "Fadden Centre" it may be called but central or in fact at all open or exciting, no. At least they have a chiropractor though...

Fadden struck me as very quiet, dry and full of hills - so hilly that the street signs are sometimes halfway up the hill above the road. It also has some ridiculously large (and do doubt expensive) houses up on the ridges. This (i.e. houses made of "ticky tacky") and the kids smoking dope in the local park led Jay and I to name this place Agrestic (Weeds watchers will understand). Perhaps we weren't that far off the mark either from the looks.

Again I found this place rather a photo challenge, but the views of the mountains really are quite lovely and there is a nice park in the middle of the suburb with a great playground for kids - although the locals seem to use it to fish in the pond (weird?) and pretend they are in a Weeds episode. 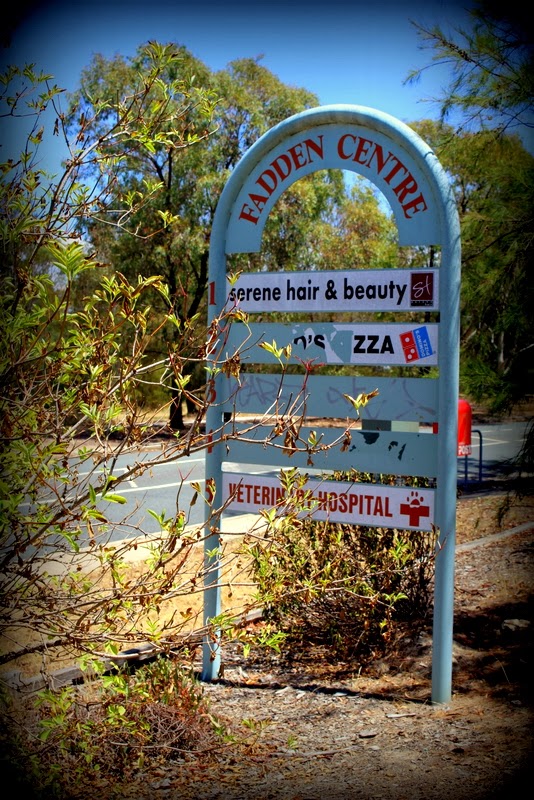 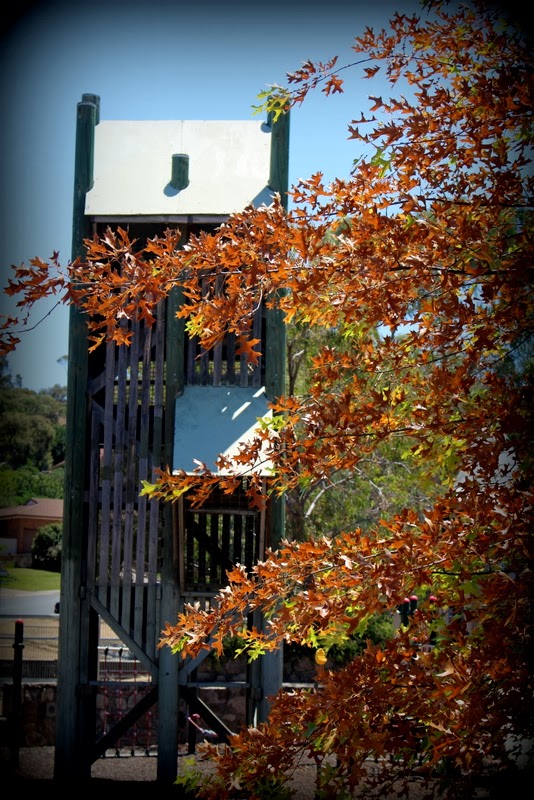 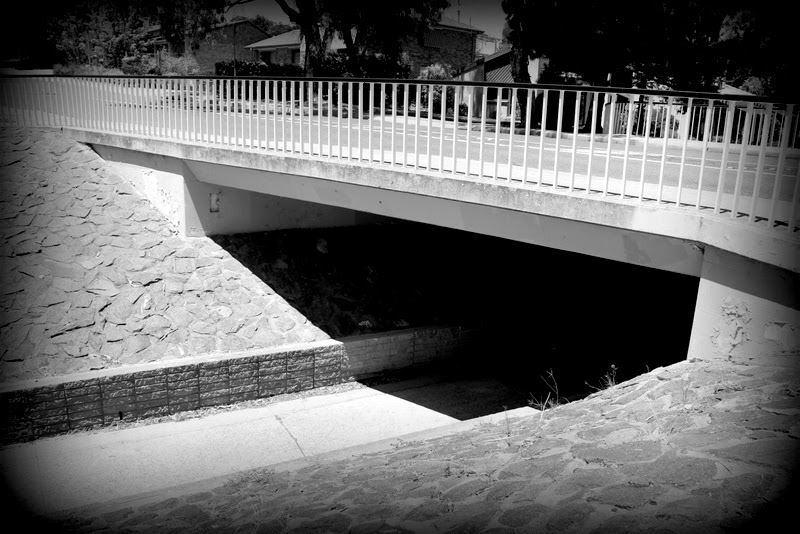 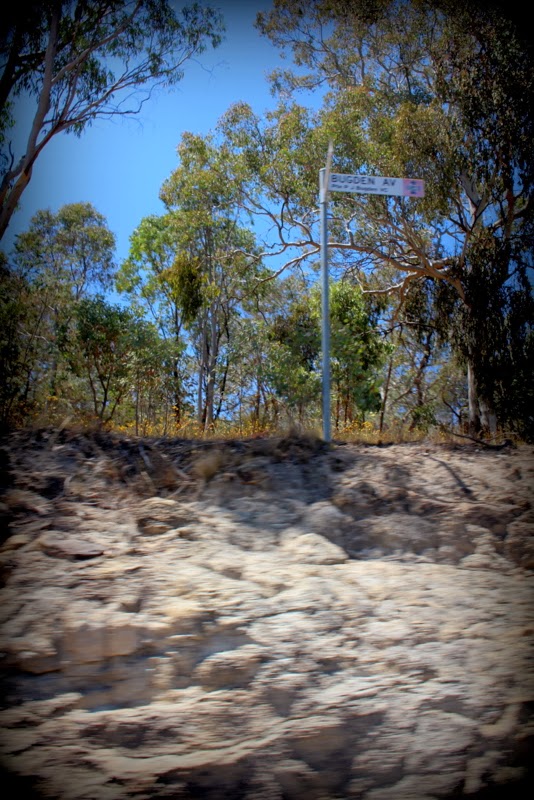 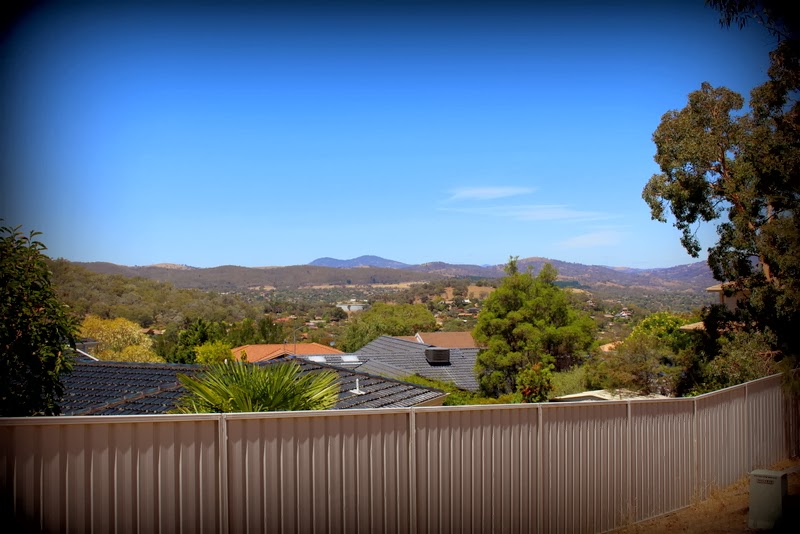 Email ThisBlogThis!Share to TwitterShare to FacebookShare to Pinterest
Labels: Tuggeranong