Next stop Aranda also in Belconnen - in fact the first suburb in belco. Further below you can see below a photo of Jay in front of the plaque from 1966 at Aranda Playing fields which tells you just that [By the way fellow adventurers when Wikipedia tells you this is "near" the suspension bridge across Belconnen Way don't take it too literally like a lawyer and a statistician delirious in 35 degree heat. Look at the picture instead for the location - bush bashing is not required to find it]. 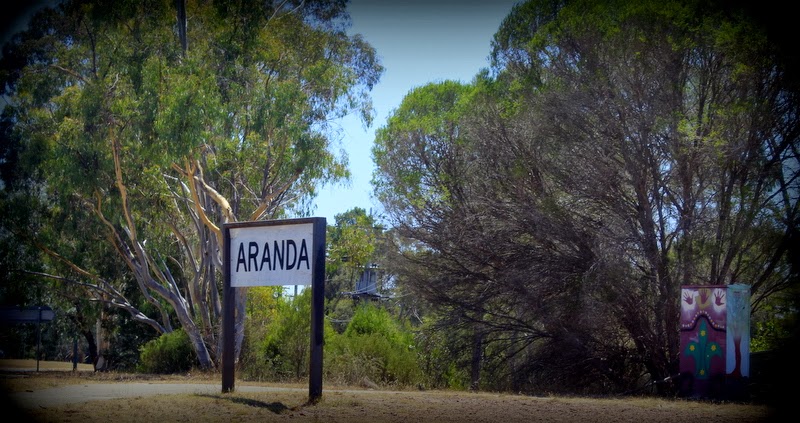 So apparently Aranda is named after a Aboriginal tribe previously known as Arunta which means White Cockatoo. I didn't see any, but if I was a cockatoo I think I would be quite happy living here - in fact, I almost would as a person - and that means a lot for a person who always insists on living in the inner city (or inner town perhaps for canberra), and is a little scared of actual suburbia.

Its a very beautiful leafy suburb which is what I imagine suburbs in the "bush capital" should actually look like. Its also not flat which always gets lots of plus points from me.  If you drive to the top of the suburb its really quite high up and has a gorgeous view. There is a bush reserve that runs straight down the middle of the suburb as well - where I found some beautiful bush daisy type things [I will rely on planty people like Mary to tell me what they really are].

What was unexpected, though makes sense, was that the local shops in Aranda are no more. For me, there is nothing more Canberran than the "local shops" sign and some rather underwhelming local shops (one of my first memories of moving to Canberra is my mum and I trying to locate the most illustrious Braddon shops and being convinced we had "missed them"). Makes sense given the huge shopping centre in the next suburb...but nevertheless unexpected. So were the baseball players....but not the view behind them (although I rarely see the tower from this side!). 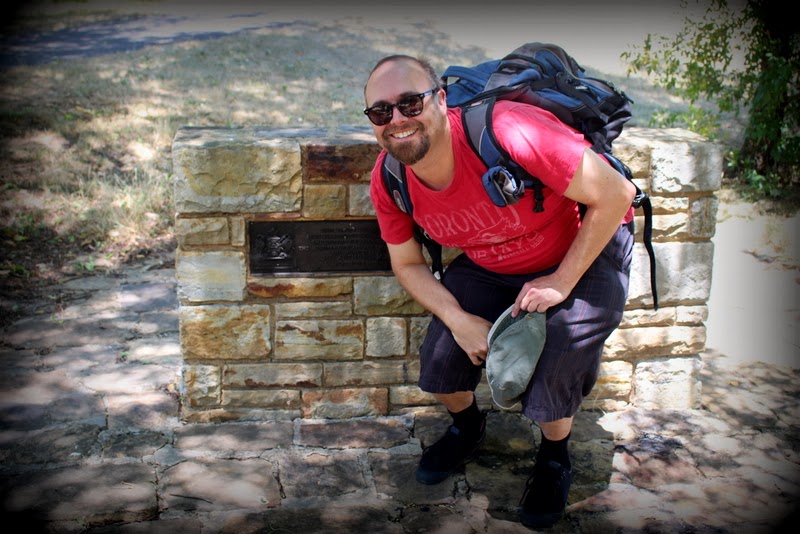 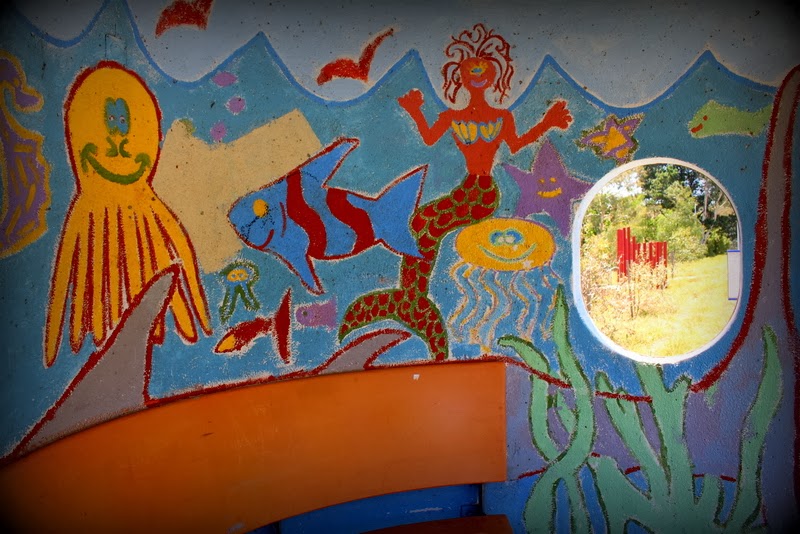 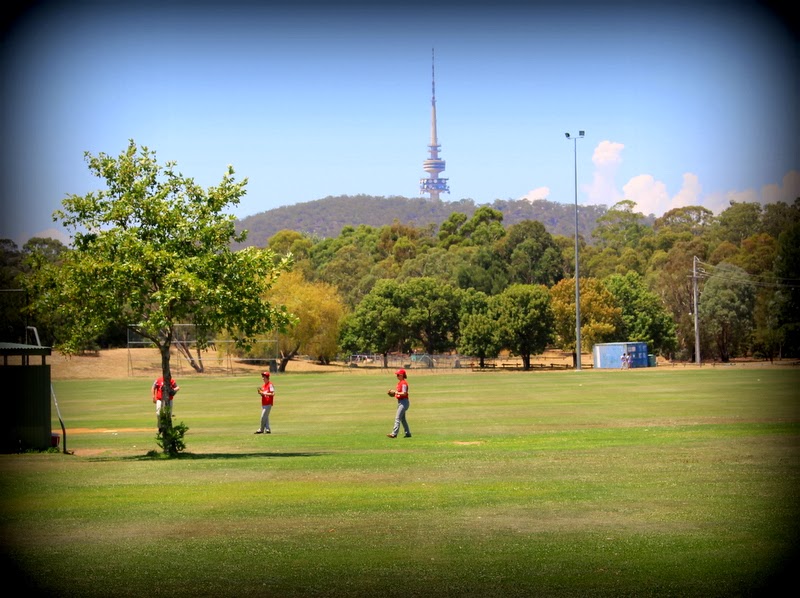 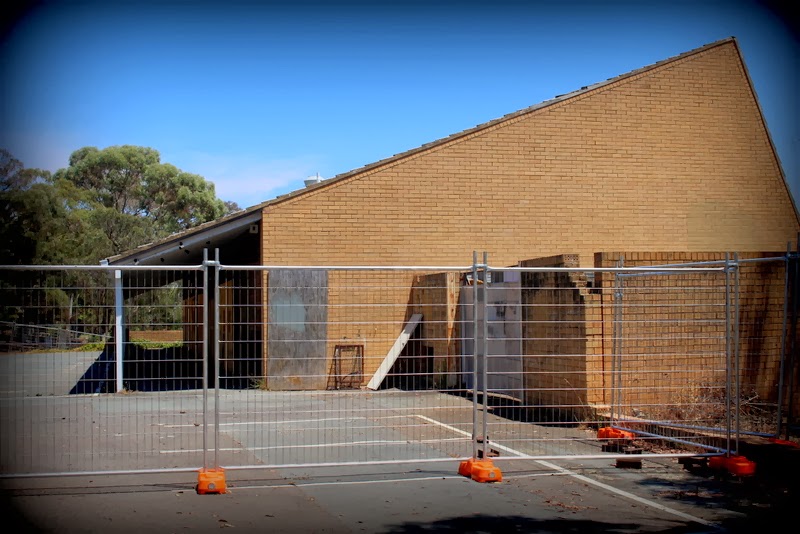 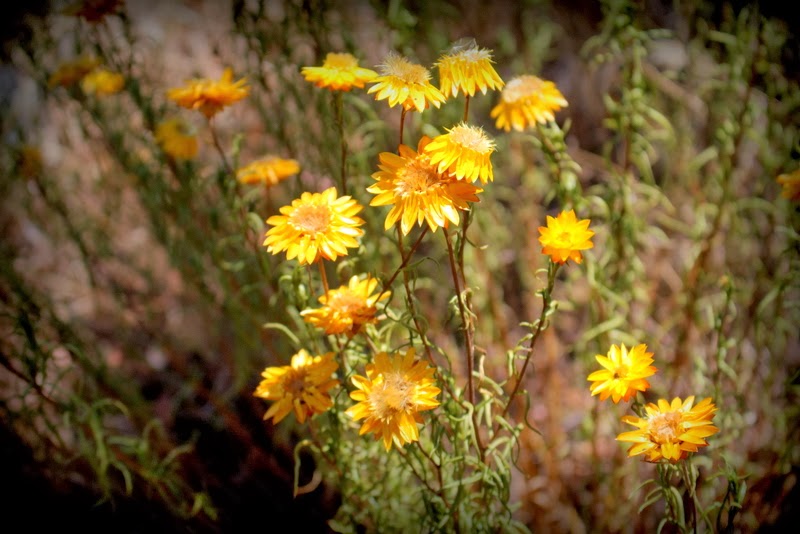 And well just an extra photo of the bridge from Aranda over Belconnen Way because I like it (when not driving under it to work) and its not really in Aranda...well one side is :) 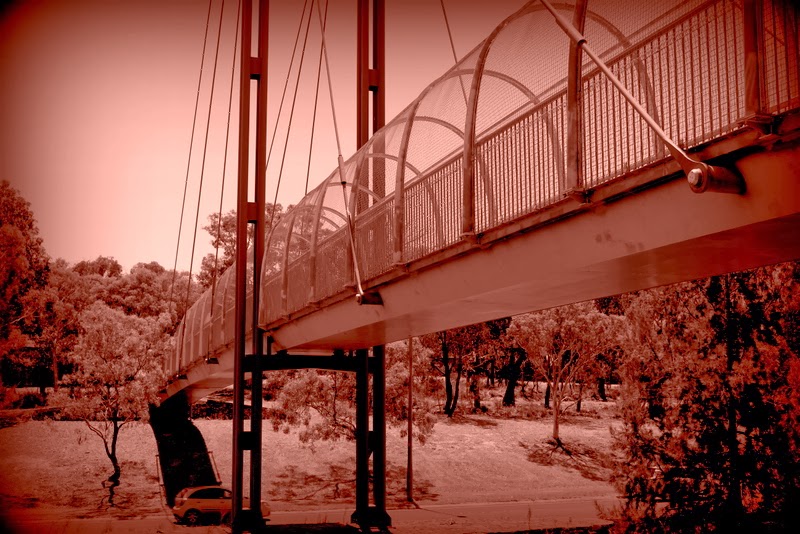