Last weekend we also went to Duffy on the southside of Canberra for no specific reason.

Duffy is named after Sir Charles Gavan Duffy, a previous Victorian premier born in Dublin Ireland. He is described as a 'colourful figure', I am not sure if that means he swore a lot. The streets in Duffy are named after Australian dams and reservoirs. 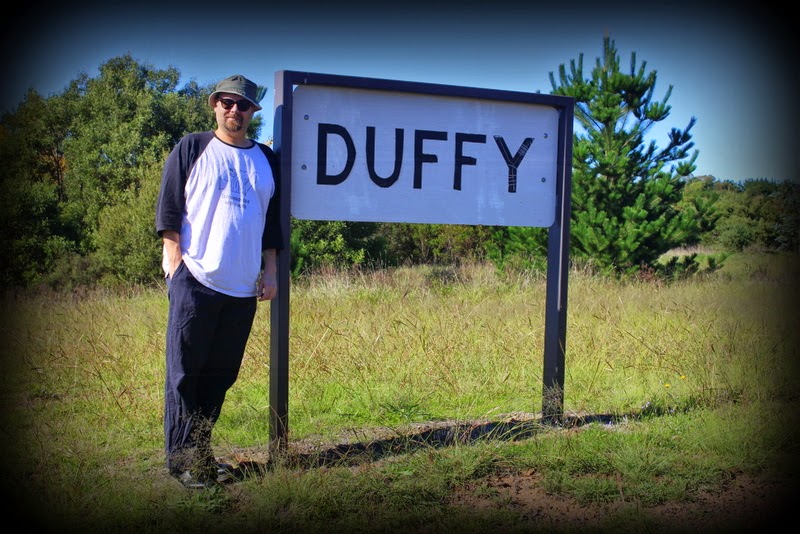 Walking around Duffy felt a bit strange as I had never been here before, however, many of the street names were familiar from being on the news during the Canberra bush fires of 2003. About 200 houses were destroyed here plus the local petrol station. You can still see some of the damage if you look hard enough in my photos - and you can tell where the fire went by the age of the telegraph poles. It must be a horrifying reminder for some of the people who live here. 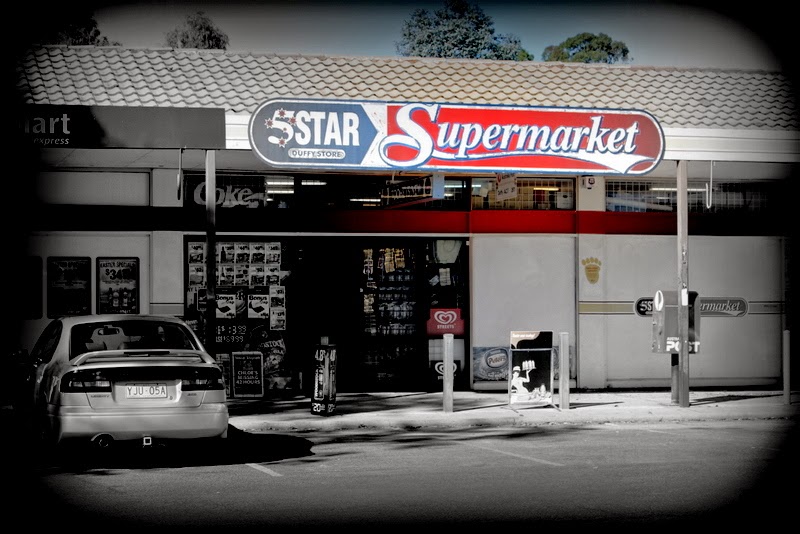 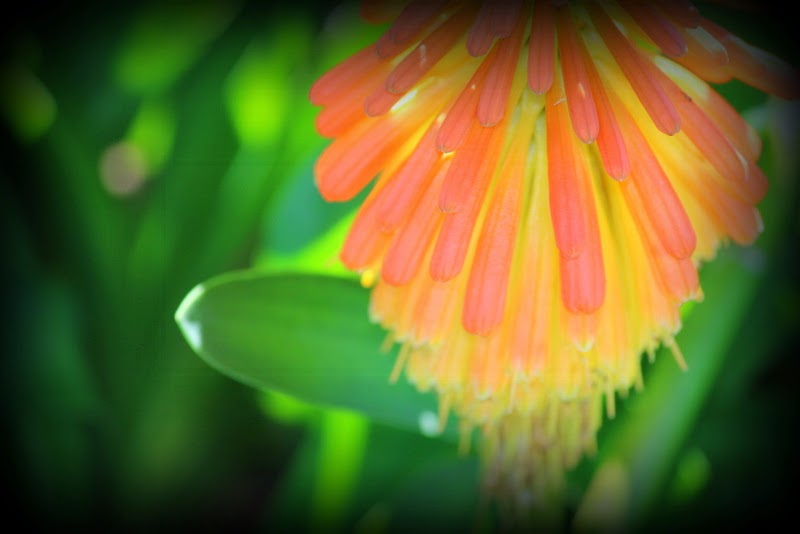 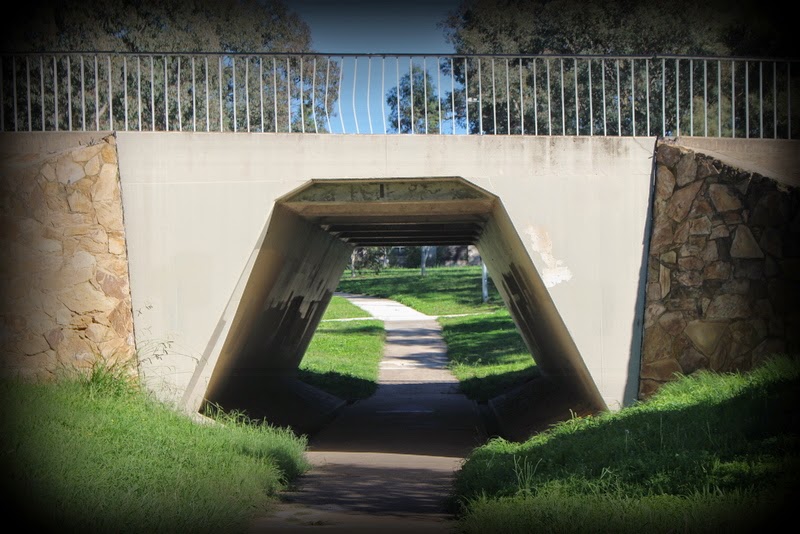 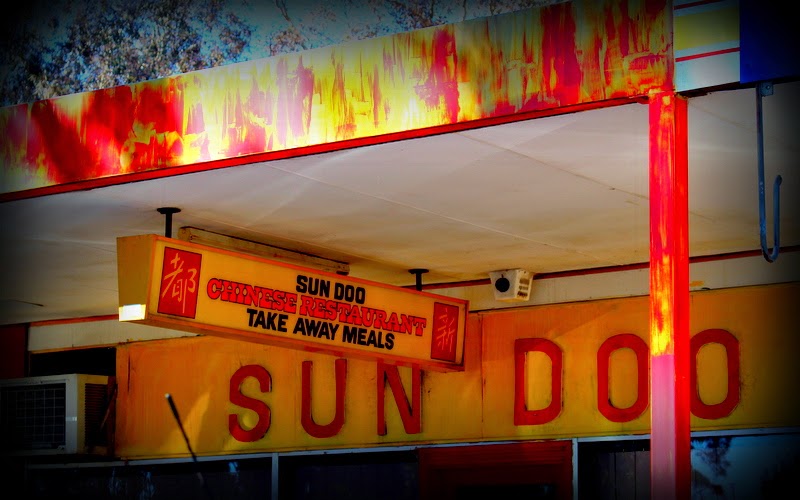 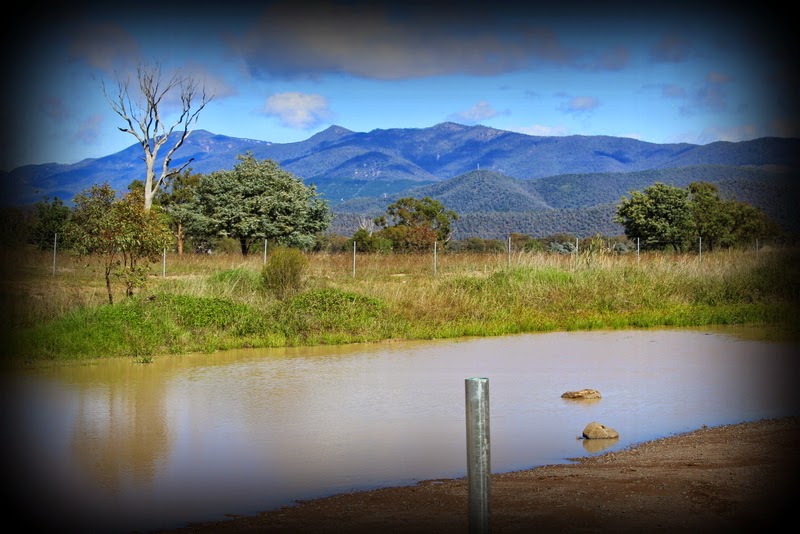 Just for the record, when your street directory shows lots of locked gates in Duffy they really are there...

And while I normally don't put photos of myself in this blog, here is me dressed inappropriately for our suburban adventure, doing a bad impression of a sheep. 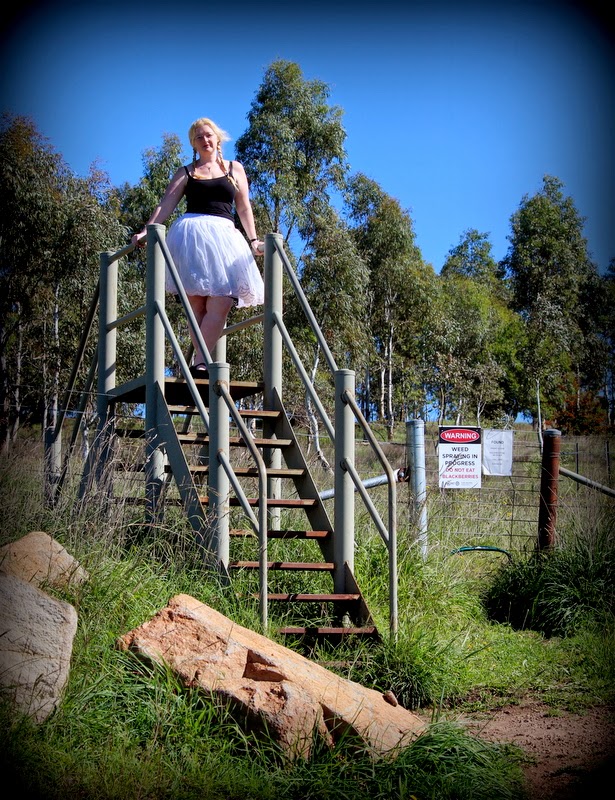 Posted by Catherine Esmerelda Romaneika at 12:54 AM